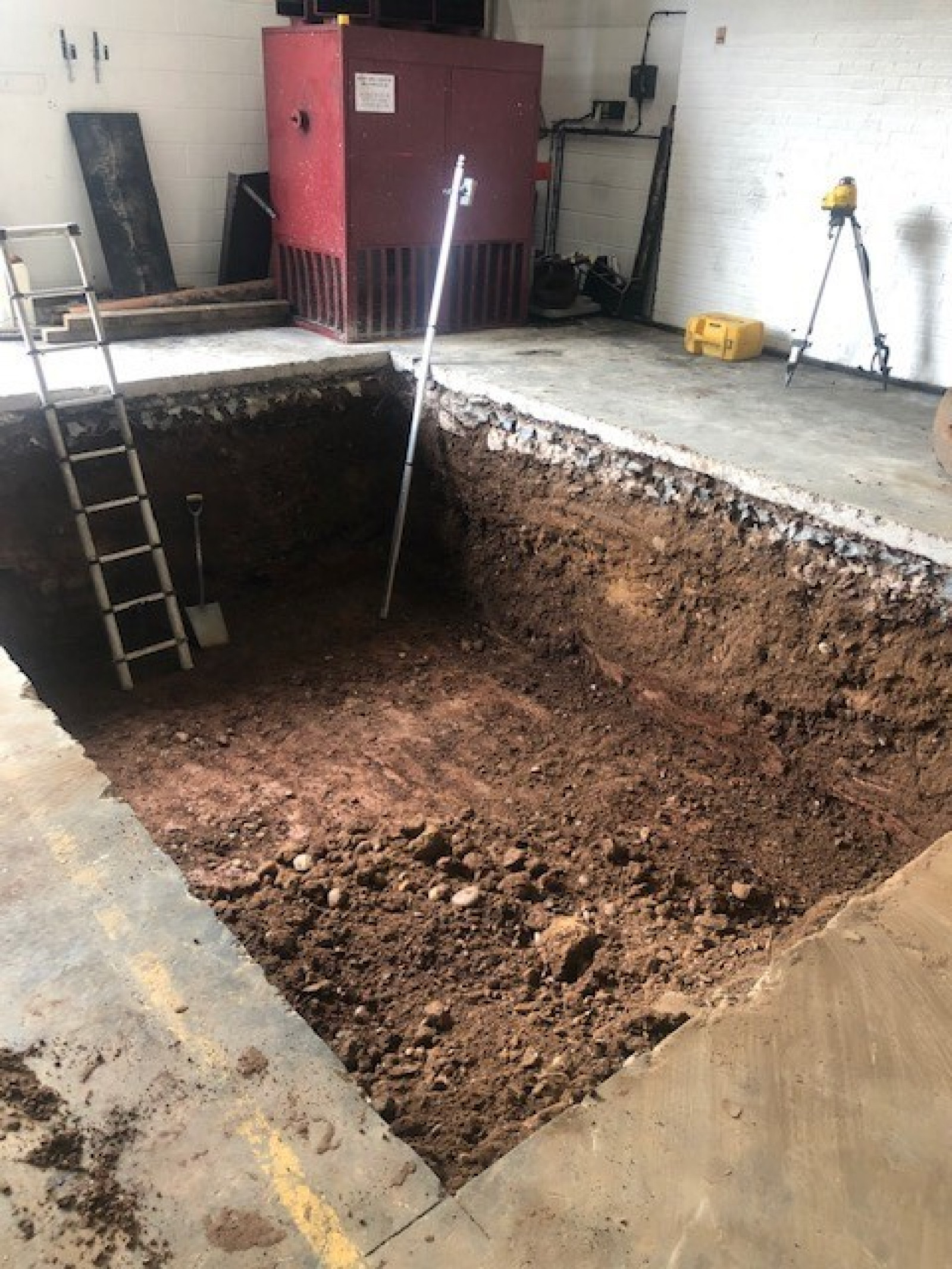 Despite the automotive sector showing 2019 Q1 passenger car registrations down year on year and UK passenger car production down too, Pressmark have continued to invest in their future. Given the tough market conditions and the uncertainty of BREXIT, the company have had to invest in building stock levels to cover any risk that may happen if and when BREXIT happens. This scenario has had an impact on cash that was budgetted for other investements, such as upgrading software and investment in staff education, but it didn't stop the business in taking the strategic opportunity to further its offering to the market.

After succcessfully applying for an ERDF grant, Pressmark "pushed the button" on the investment and work is now underway to build the foundations for the 500 Tonne progression press. Les Wilkins said, "This technology, at this size, is something we don't currently have and will compliment the other 26 presses that we have on this site. Our last press investment was an AIDA 200 Tonne progression press and this is now running at 65% capacity, just on automotive pressings." Wilkins went on to say that "Given the work we are currently quoting for, this 500 Tonne progression press is spot on. We've already managed to fill some capacity from August onwards, so we can't afford to let the project slip at all." Although Pressmark have a variety of presses, one even a 1,200 Tonne press, this new investment fills a gap in the market which they have not been previously able to take advantage of.

Coming up to the 3rd anniversary of new ownership, the busness has grown significantly, especially given the downturn in the sector. With a strong focus on strategy, the new 3-strong team, which includes Wilkins, has ensured that the business has turned around its fortunes and is clearly heading in the right direction. John Nollett, CEO,  also a member of the MBI team said, "We had a vision and a strategy prior to investing in the company and although we still have a way to go, we are on target to acheive our goals. Although this year has been tough, it has allowed us to focus on other areas of the business that were previously under capitalised." With the first two years under their belt, the company has seen 20% year on year growth, not only from market growth, but from the addition of new customers in new sectors.

Looking at this hole in the ground and the excitement on the teams faces, you can see this is going to be yet another success story for this passionate and focussed team.

Welcome to our microsite, please tell us your name, company and email to chat with a member of the team.